The key task of the utility company is to ensure operation and development of waste management sector of urban economy, development of measures to reduce waste generation and its impact on environment and public health.

The utility company has been operating municipal waste landfill provided by Dergachi district administration since November 25, 2005. The landfill is located on lands of Dergachi district State Administration beyond Dergachi city limits in Krisky Yar beam, 900 meters away from Degachi boundaries. The utility performs the whole scale complex of sanitary-ecological routines. During entire period of operation of landfill, regular ambient air, topsoil and water tests were conducted to control ecological state of the facility. The monitoring tests’ results show no deviations from requirements.

The utility company performs works on landscaping of adjacent areas and along waste transportation routes  on regular basis.

According to resolution of Dergachi district State Administration No430 dated August 25, 2005, a land plot with total area of 13,2 ha is granted for construction and operation of municipal waste landfill. In September 2005, the operation of the existing solid waste landfill began.

In 2012, new land was allocated for the construction of the landfill and in 2014 an agreement was signed between the Government of Ukraine and the World Bank, and in December 2016 an contract was signed.

The project’s key elements are:

– Construction of up-to-date MSW landfill in accordance with requirements of Ukrainian and European environmental law;

– Installation of  landfill gas collection and piping system on new and adjacent landfills;

At the time the works on construction of MSW treatment complex are in progress.

In 2017 the utility company has obtained the license to perform waste disposal at the main business performance location – beyond the city limits of Dergachi city council of Dergachi district, Kharkiv oblast. 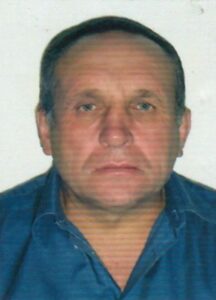 The greatest wealth of any enterprise is people. People who invest in a common cause not only hands but also soul. Honestly perform their work with complete dedication and diligence.

Oleg Stanislavovych Khomutov, born on June 21, 1956, is one of such people at the UC Municipal Company for Waste Management Company of the KCC. Since 1984 he has been working in the system of housing and communal services. He has been working for the company since 2005. Oleg Stanislavovych began his career as a bulldozer driver of the production department, at present he works as a mechanic-repairman in the production department. During all the years of work at the enterprise he proved to be extremely positive. Perfectly mastered professional skills in the operation of tractor equipment. In his work he shows responsibility, diligence and creativity. Demanding, proactive and disciplined. He enjoys unquestionable authority and respect in the team. He always performs the tasks set before him in the shortest possible time and with perfect quality. In the achievements of the workforce is its significant share as a professional. An active participant in the social life of the team. An exemplary family man. 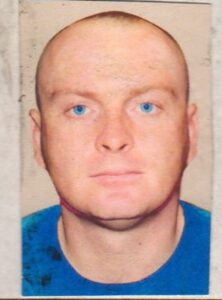 Mykola Volodymyrovych Zhydovets was born on May 21, 1978. He has been working for the company since 2011 as a bulldozer driver of the production department. He proved himself only on the positive side. Performs functional duties honestly and with a sense of responsibility for the task assigned. Performs all tasks on time, while paying close attention to important details. In his position he perfectly mastered the technology of solid waste disposal. Thanks to him, vehicles are always in good condition and ready for operation. 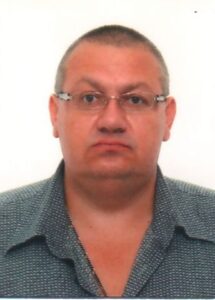 Zelensky Sergey Vladimirovich, was born on May 18, 1964. He has been working as a specialist in the production department since 2007. During the years of work at the enterprise he proved to be a highly qualified worker in the field of public utilities. Veteran of internal affairs. He always performs his duties with high quality. As a leading specialist in the production department, he has fully mastered the technology of solid household, industrial and construction waste management. He enjoys unquestionable authority and respect in the team.

Bogdanova Tetyana Oleksandrivna, was born on June 30, 1979. He has been working at the company since 2005 as a leading specialist in the marketing and economics department. Over the years, she has proven herself exclusively on the positive side. Perfectly holds job responsibilities. Demanding, proactive and disciplined. He enjoys authority and respect in the team. It is characterized by high professional qualities. 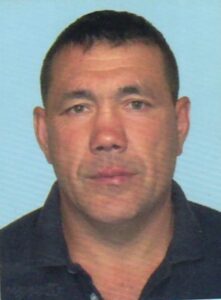