Discussing and summarizing the results of the training, the participants identified the leading aspects of trade union work, and realized that in the realities of the 21st century, the trade union movement remains relevant, as it is designed to respond to current issues that do not change for centuries, wages, decent work and labor protection of workers.
The training also helped to understand the holistic vision and understanding of the very idea of ​​trade unions, their importance, as well as rethinking the future concept of trade union activity. 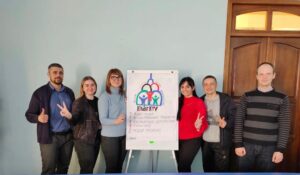